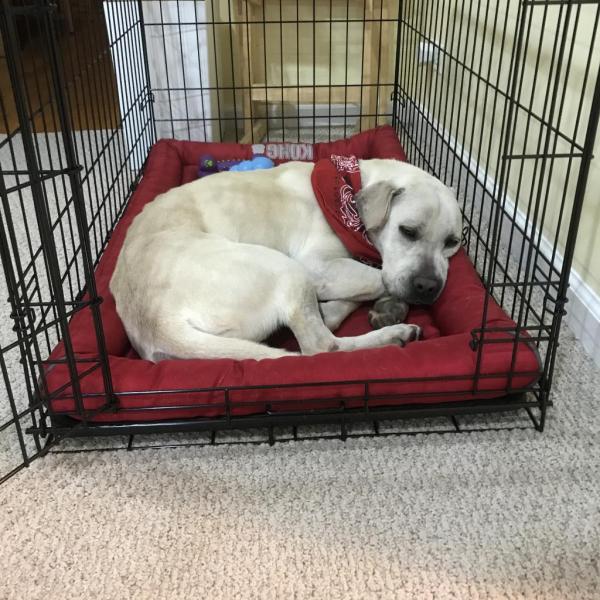 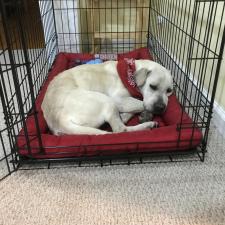 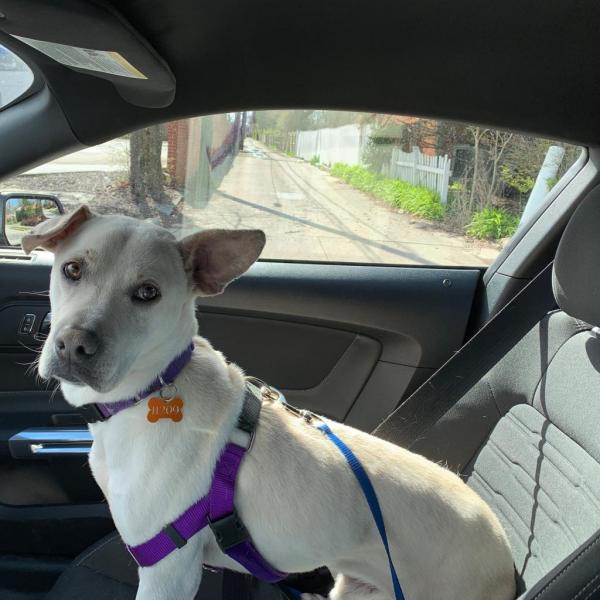 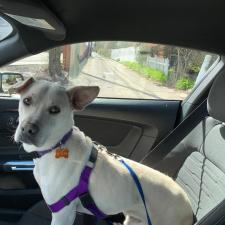 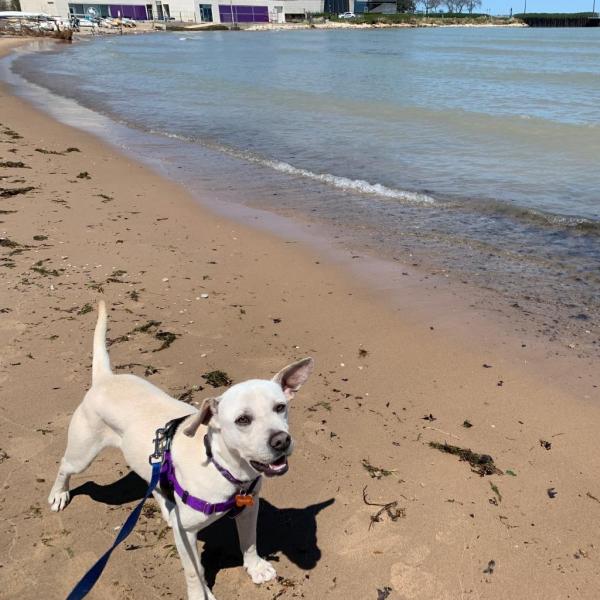 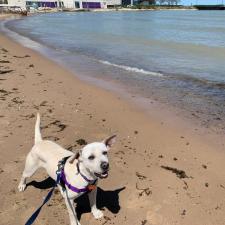 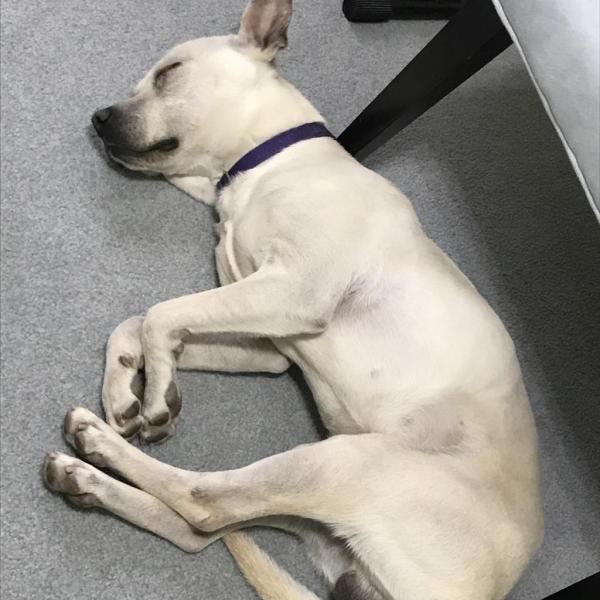 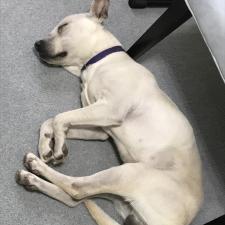 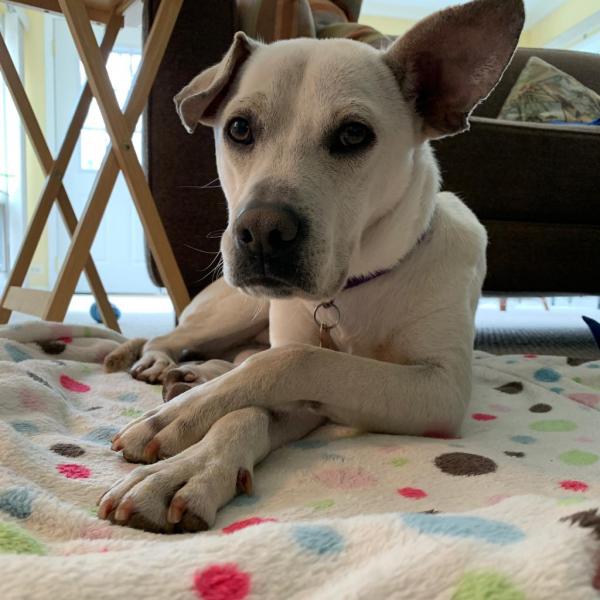 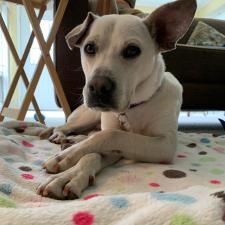 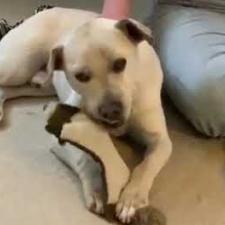 Per Jack's Fosters: "Jack is an incredibly mellow and pleasant dog and is a joy to have around. He loves to play tug-o-war, shake his squirrel toy, chew his antler, and nap on his fuzzy blanket. He responds well to every person he meets, and adapts well to new situations. We call Jack a "cat-dog" because he has some very catlike aspects to his personality. He loves to snooze hours a day in the sun, and every day he discovers a new spot to curl up. After getting up, he will greet you with a downward dog and other stretches. He will also bat things playfully with his front paws. When he wants some pets or attention, he will come up to you and lean against your leg, or stick his face on your lap. He enjoys being pet but is not super cuddly, and will only tolerate being picked up. He likes to get your attention by licking your toes. I would call Jack a moderately energetic dog. We walk him for around an hour every day (a 1/2 hour walk in the morning and late afternoon). That is enough to get his energy out, however, he has a lot of stamina and can go on runs too. He hates the rain, and sometimes won't walk if he's getting wet, so we have a rain poncho for him. He occasionally gets the zoomies (I've included a video) when he has excess energy, or gets excited during playtime, and always after a bath. Training: Jack is treat motivated. He has learned how to sit and lay down pretty consistently so far. He is also learning not to pull on the leash. He's making a lot of good progress, but he loves to chase squirrels and rabbits, and will pull towards other dogs. He also loves trucks. Jack also occasionally barks when he sees these things through windows. He gets excited and will bark at mealtimes as well, and will remind you if he thinks it is time for him to be fed. He also occasionally play nips during playtime, but very gently and we are discouraging it. Jack is comfortable being crated and used to sleep in his crate at night, but since he doesn't have any destructive behaviors we now let him sleep outside of the crate. He is curious about human food and will watch us when we're in the kitchen, but leaves it alone and is just content to search for crumbs on the ground. Also, when he first came to us he was terrified of walking on tile and hardwood floors, and was timid climbing stairs. Through consistent positive reinforcement, he is now comfortable walking on all those surfaces, except for a part of the house where the stairs are tiled. His adopters would have to be consistent at continuing his training, exposing him to new stimuli, and reinforcing his good behaviors. I am confident that Jack has a great life ahead of him!"